An Age of Gangsters and Promise : A History of Great Harbour Cay, Chapter 2 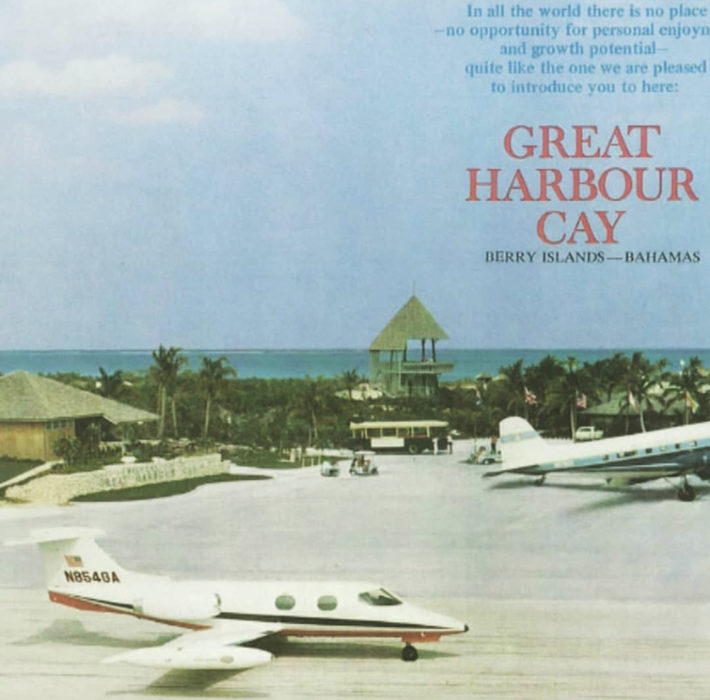 When Fidel Castro and his band of bearded revolutionaries claimed the island of Cuba theirs, the fleeing began. President Fulgencio Batista fled to the Dominican Republic, while notorious gangster Meyer Lansky fled to a less exotic location in Broward County. Lansky’s vision of a long and profitable gambling dynasty in Cuba was crushed with the arrival of Communism. He had always kept his sights on the Bahamas as the next establishment in his growing gambling empire that began within the sands of Nevada.

In his Broward County retreat, Lansky waited for the right time to make a move on the Bahamas. The move would end up not being by his hands necessarily, but in that of another visionary whom Lansky would act as financier. Lou Chesler was in many ways the founder of Great Harbour Cay and this very island’s early glitz was financed by Lansky’s fortune.

They built a hotel, a golf course and marina on Grand Bahama, for starters. The Lucayan Beach Hotel was built in Freeport in 1964 before they even set their sights on Great Harbour Cay. Part of establishing that island meant establishing OSF Industries of Canada, that played an integral role in Great Harbour Cay’s origins. OSF created Roberts Realty, which was at the forefront of the historic land deal of Great Harbour Cay.

The plans were set and the team was assembled. Among them was William Dorsky, an architect from Cleveland and Joe Lee, the golf course designer from Florida. The scrub growth of the island was bulldozed to clear the way for the golf course. On “Lookout Hill,” the highest point on the island, construction began for The Clubhouse, whose ruins can still be found to this day. A 3,000 foot airstrip was built, which was perfect for the ever increasing population of tourists and celebrities making their way to this new island paradise.

When townhouse construction was underway, that would define the new era of living. Homeowners were claiming their stake on this island as not just a beach vacation destination, but as a home. Even better, vacation rentals were set, so guests like yourselves can experience this haven. It was establishments like this that made Villa’s Edge possible.

Enjoy your stay, look back at history to understand how we all got here and the next time you gaze upon the sea from your patio, remember that it all started by a guy named Lou and his Broward financier.

Continue Reading — Chapter 3: A Rebirth for the Island, A History of Great Harbour Cay