18 Holes of Success: A History of Great Harbour Cay, Chapter 4 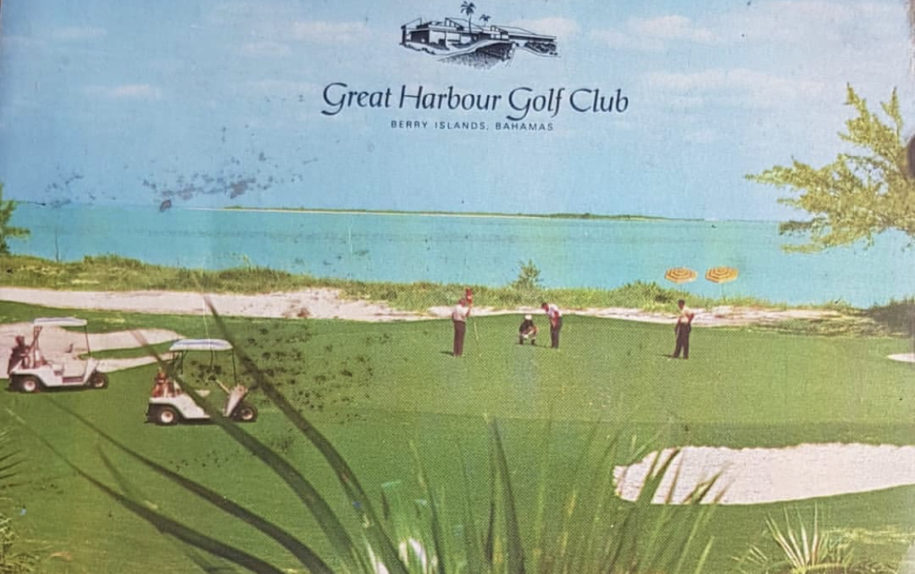 Click here to read Chapter 3: A Rebirth for the Island, A History of Great Harbour Cay

A paradise island cannot be complete without a green. Especially when high rollers from all industries are pouring in. These titans of industry need a warm, competitive landscape to strike deals upon. In Great Harbour Cay, it came in the form of an 18-hole golf course. Construction on the course began in 1968 and was topped off, or tee’d off, on January 1969.

Gardner Dickinson was ushered in as Director of Golf and to commence this new chapter, he established the first Great Harbour Pro-Celebrity Golf Tournament in March 1969. This exciting event featured a par 72 within 7,000 lush yards. As is an issue in any Caribbean golf course, the wind was certainly a challenging factor in everyone’s swing.

But even the forces of wind could not prevent this event from being a smash hit with over 1,000 guests and participants attending. Over 200 takeoffs and landings were recorded from the airstrip. The island hadn’t seen this much activity since ancient eras in its past. In total, there were 36 foursomes competing. Among them was Charlie DeLucian and Roy Bowe, the professional golfer from Paradise Island. Dickinson sent out the invite to many of the PGA tour pro’s of the time. Among the attendees were Gary Player, Julius Boros, Lee Trevino and Miller Barber.

From a real estate perspective, the event was a success because it drew in many of these pro golfers to not just compete, but buy property. Lots were being purchased in masses. Among the new homeowners were Jim Raymond, the illustrator for the “Blondie” cartoon strip and Fred Sergeant, an oil tycoon from Kalamazoo.

While golf is a competitive sport, it’s also a pastime for business and Roberts Realty succeeded in bringing just that to their island, with the little help from 18 holes and perfect Caribbean weather.