The Sharks of Shark Creek 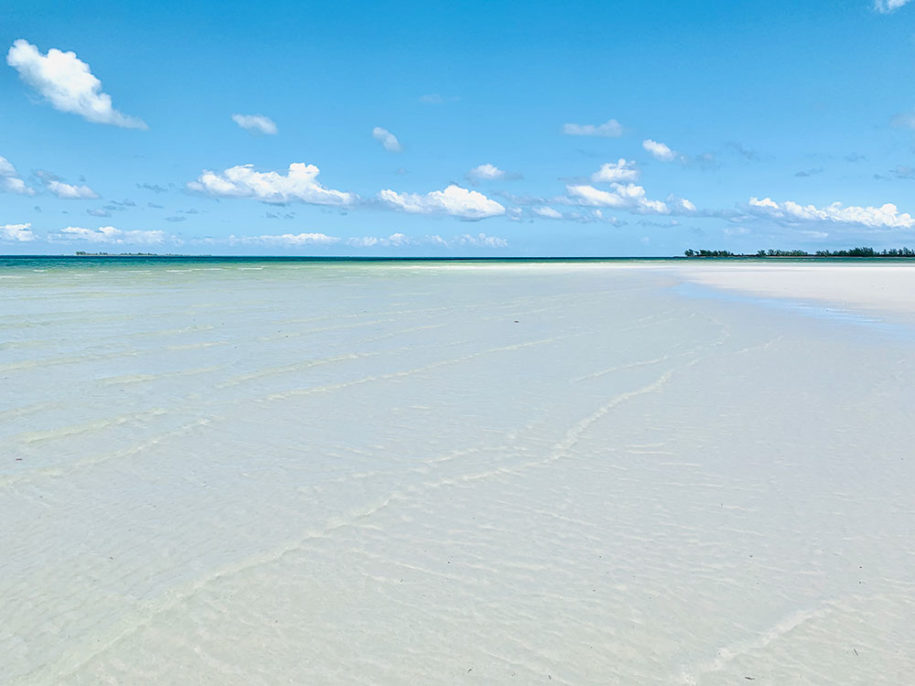 After your morning coffee, if you’re up for an exploration while riding that caffeine jolt, take a walk (or an ATV ride) to the southernmost tip of the island. Here you will find a massive shallow bank known as Shark Creek. A deep stream runs through this shallow area, acting as an underwater highway connecting the mangrove creeks to the sea.

You’ll find a plethora of juvenile fish swimming about in this mangrove nursery. Among the marine life, you’ll uncover spotted eagle rays, baby sea turtles, snappers, baby sharks, great Blue Herons, egrets and spoon bills. It’s a place where fish and birds can coexist or rather, the fish can become food for the birds in the ever-moving circle of life.

As a true Bahamian staple, the water here is crystal clear with powder white sands. If you’re an avid collector of shells, there’s no better place to go shelling for iconic tulips, conch shells, shark eyes and much more in the wide world of shells.

True to its name, Shark Creek is home to many sharks. In 1992, a 20-ft long great hammerhead was caught off the coast near Ag point and tagged, never to be seen again. Keep your eyes out for this giant shark, which still may be lurking the waters just off Shark Creek, ready to reveal itself to the world again after a great hammerhead sleep.

As with any shark area, you must be vigilant. While they are not prone to attacking in these shallow places, sharks are unpredictable, so keep your distance and respect their space.