The Beach Club, Where Life Is A Beach 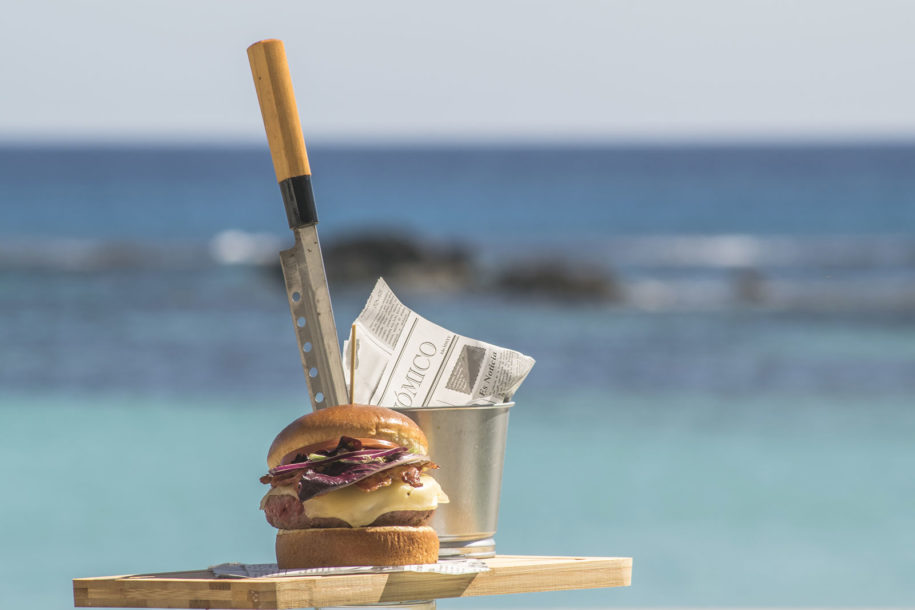 Nestled on the sandy dunes just steps away from the shore, is a local hang and the only joint located right on Great Harbour Cay Beach. Known to the locals as “Da Beach Club,” the blue and yellow structure is hard to miss.

You’ll smell their world famous burgers and conch fritters from across the beach. When you smell it, give in to it. Let the savory smells of vacation beach food consume your senses. You’ll come upon The Beach Club where, not only a full menu awaits, but a full bar as well. Custom made house drinks like “Shark Attack,” “The Beach Bum Specialty,” and of course, you gotta have it – “The Bahama Mama.” Because when in the Rome, drink like you’re in the Bahamas.

In 2007, the club received the Tourism Award for unselfish commitment and contribution to the growth of Tourism in The Berry Islands. This reputation continues to live up to itself with exceptional customer service, behind and in front of the bar. You are more than likely to strike a friendship with our staff and by the end of your stay, this will be where everybody knows your name.

It’s a short walk away from Villa’s Edge and directly behind the airport, making this a central hub of activity and fulfilled desires.

Once upon a time, a massive family tribe of vacationing Cubans stayed at Villa’s Edge and celebrated an epic 50th Birthday party for one of their own chieftains. It was a wild night and when dawn came, the family knew no better place to eat a breakfast of champions than at The Beach Club, to reminisce on the night before over French toast and coffee.

After the Cuban revolution, Canadian mobster Lou Chesler was feeling nostalgic and missing his old Cuban stomping grounds. There was so much potential in Havana that hadn’t even been tapped into. Just when things were getting interesting, Fidel Castro and his band of revolutionaries took what they were building. So he embarked on a new endeavor – investing millions of dollars into Great Harbour Cay to try and recreate the glory that was Havana. Among the establishments was The Beach Club itself. That’s right, this rustic gem has seen its fair share of history. Even the boys from the Rat Pack would stop by for a meal during their decadent Bahamian excursions. The Beach Club energy is vibrating with history.

But the Rat Pack has been long gone and now it’s time for you to make this your stomping grounds. Make your memories here, just add a hot sizzling cheeseburger into the mix. The Club is open Tuesday through Sunday from 8 AM to 3:30 PM.