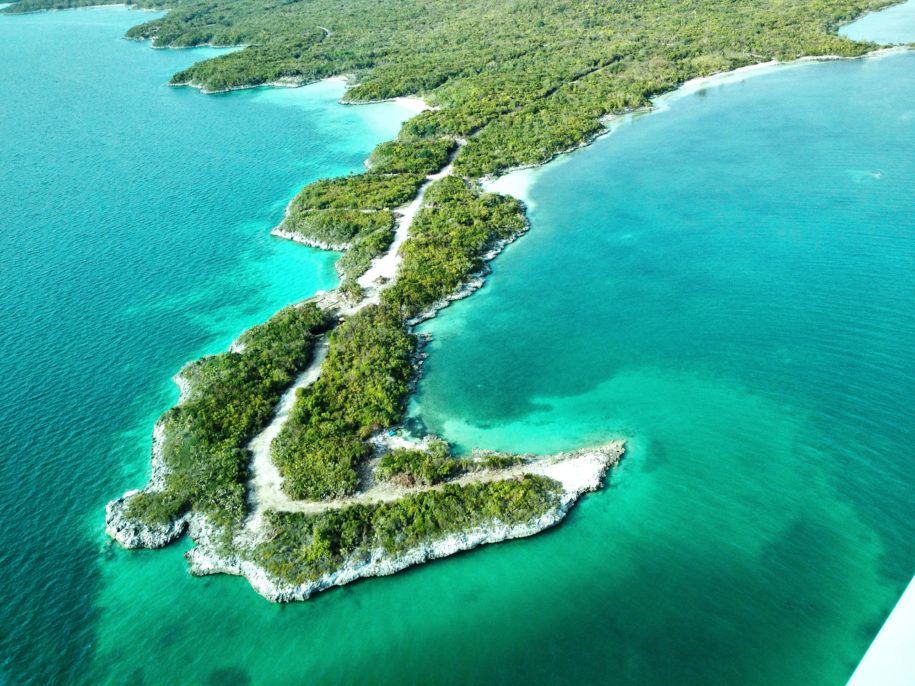 As one approaches the abandoned Ghost Island of Cistern Cay, they will be ominously greeted by the sunken wreck of a drug-running plane, as a symbol of a dark age in Bahamian History. One can only imagine the fate of the pilot. Was he shot down by the DEA? Or was it an accident? Whatever the case may be, the plane is now home to fish and wildlife as a city of coral.

The plane wreckage is a shape of things to come if you keep venturing further, because Cistern Cay was known as a hub for drug dealers in its heyday. Remnants of an old seaplane launch prove that this was a port for the Devil’s Powder. Urban explorers can stumble upon three main structures on the island: 2 homes and 1 maintenance depot.

The maintenance depot still contains oil drums and what remains of some sort of engine. Though the structure is in ruin, it’s clear that this was used as a motor pool for the vehicles on the island, as is apparent by the old car resting quietly in the garage.

Following the asphalt road, you’ll come upon the first of two houses. It’s clear that this was once a luxury home and there are eerie traces of life in the form of a pair of 80’s Nikes, a hat, gallons of water that were never drank from and a toilet that’s still in good shape.

The second home was the larger and more decadent of the two, probably the residence of the drug kingpin. A massive wrap around living room overlooks the ocean with a deep sunken fireplace. You can still see what remains of the swanky black and white tiles and marble stairs leading into the living room. The Master Bedroom was befitting that of a crime boss and its leftover marble has survived many a hurricane.

So the story goes, thanks to an informant’s tip, the DEA surrounded the Cistern Cay developments and ran them off the island. Where the houses were left on that fateful day, are now frozen in time, until weather and erosion will ultimately erase any trace of wrongdoing and return it back to the wildlife that was there before.

Cistern Cay is yet again, another off the beaten path adventure for you to explore on your Escape to Great Harbour Cay.